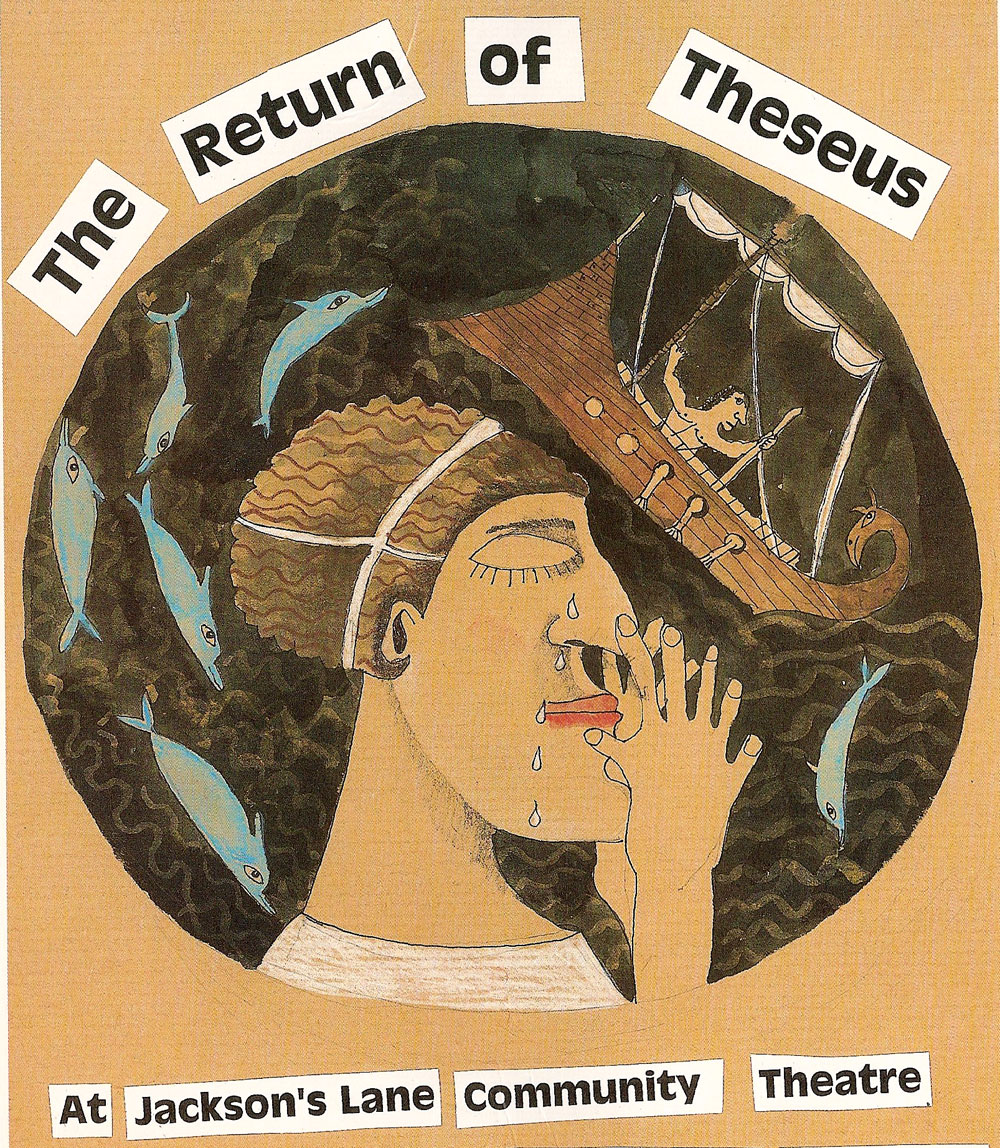 The Return of Theseus

A handsome, arrogant prince, a brave princess, a gang of vengeful gods and a hideous man-eating monster are brought to life in this musical retelling of an ancient myth. 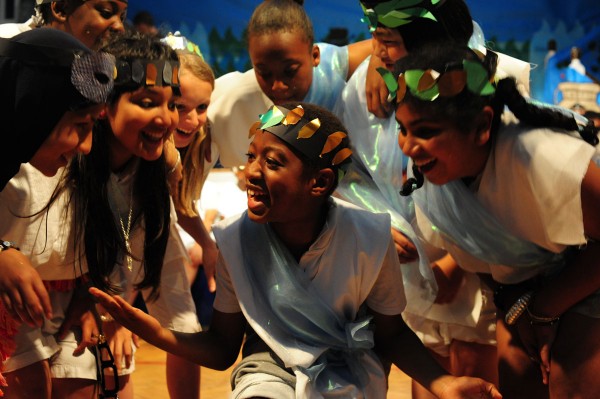 Prince Theseus returns to his father’s kingdom after years in exile, and is shocked to find Athens a shadow of the great city it once was. His father king Aegeus has made a pact with King Minos of Crete that has devastated the lives of ordinary Athenians. Enraged by his father’s cowardice, Theseus leaves for Crete, promising to slay the minotaur, but in doing so sets off a chain of events that will change the course of many lives and transform Athens for ever.

The Return of Theseus has been performed by children in years 5 and 6 at Ashmole, Sunnyhill, Johanna and Tiverton Primary Schools and the Haringey NDC Children’s Theatre Company in London. 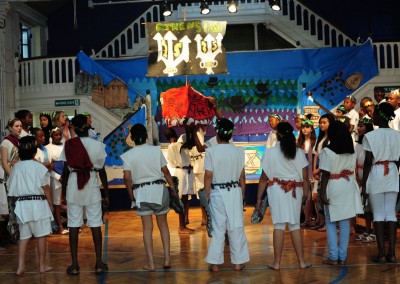 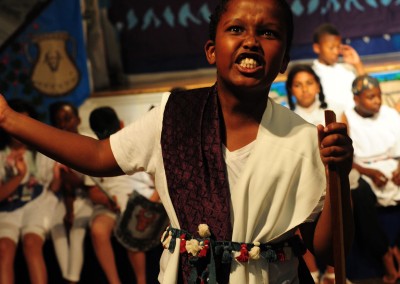 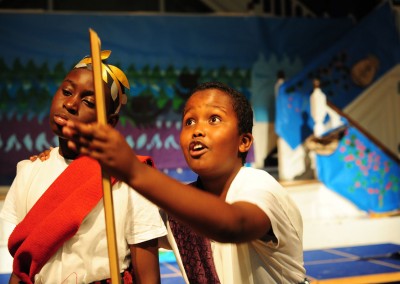 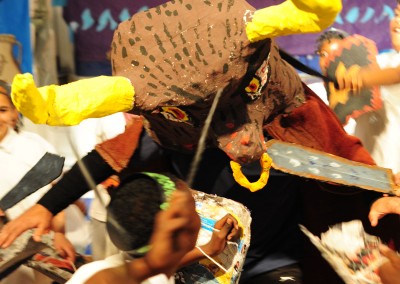 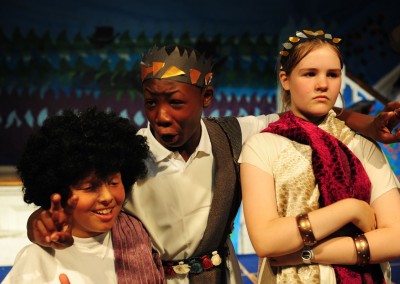 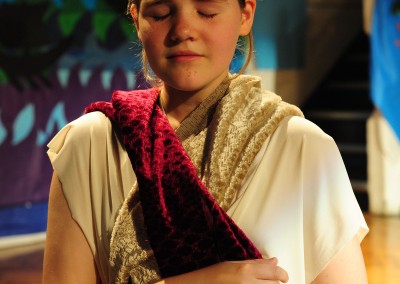 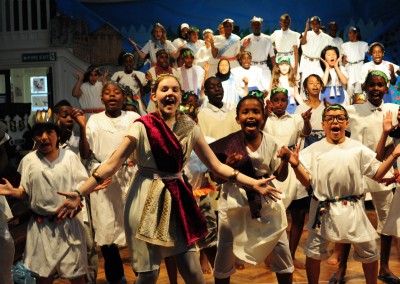 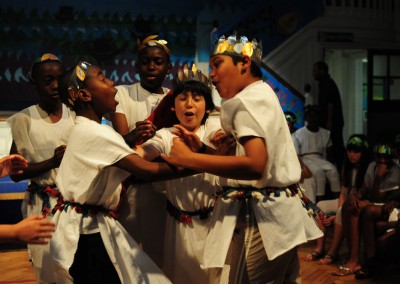